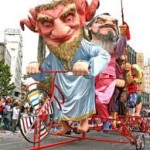 Limassol or Lemesos is located on the southern part of the island on the Mediterranean coast and it is the largest city in geographical size with a population of 235,036.The city was built between two ancient cities, Amathus and Kourion, and during Byzantine  rule it was known as Neapolis (new town).

Port of Limassol  is one of the busiest ports of the Mediterranean transit trade and the largest port in Cyprus. It has also become one of the most important tourism, trade, and service-providing centres in the area.

Limassol attracts a wide range of tourists mostly during an extended summer season to be accommodated in a wide range of hotels and apartments. A large marina is currently being constructed near the old town.

Small cosy  complex of 36 studios, ideally located within walking distance of Limassol's  lively Tourist Area and only a short stroll from some of its sandy beaches.There is 24 hours reception service,restaurant and outdoor pool as well as a separate c...

The best way to see Cyprus just got better ..!

NewPrices and weekly program for English Guided coach excursions from 26th of June2021.

New
property for sale in District of: Pervolia